“Voca – Flash card” is an application made for people who are not good at memorizing words.
According to Hermann Ebbinghaus’s forgetting curve, we know that human memory rapidly declines by the next day and then we slowly forget over subsequent days.
This is where you can use “Voca – Flash card” to automatically push notify you about words you want to memorize the next day, three days later, 10 days later, one month later and three months later so that you can attempt to effectively fix the words in memory without missing the right timing for reviewing them.

## Memorization points ##
・It is important to repeat words instead of cramming them into a short space of time
It is said that the brain requires around 10 minutes to firmly memorize something.
It is more effective to study for five minutes, rest and repeat instead of studying straight for one hour.

・It is more efficient to slowly increase the review interval
Studying when you are about to forget stimulates the brain and makes the words more easily remain in your memory.
The most ideal time to review what you learned is 10 minutes after the first study. 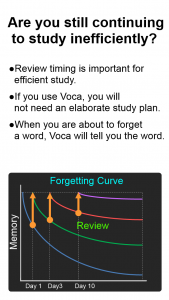 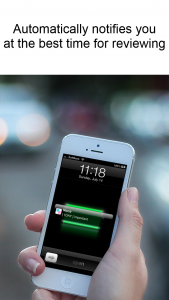 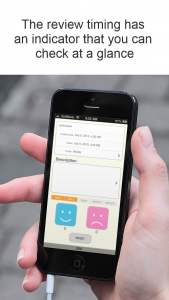 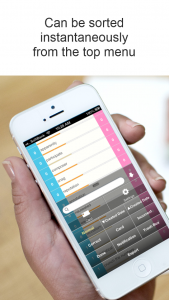 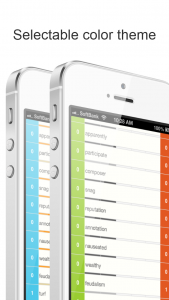